An inserted image will initially be set to a fixed size. Often it is more desirable to make the image scalable (say 50% or 100% of the screen width) so it remains fully visible regardless of the width of the browser.

Additionally, the image is subject to the container's padding and margins so getting an image to go edge-to-edge requires a second step.

Here are to necessary steps:

The will result in the image being force the image to fill all of the available space horizontally, yet will maintain the correct proportions. Don't worry about the height / width on the "General" tab of the image popup -- that can remain the original pixel size.

(You may be tempted to try something like height:50% so the image takes up half the vertical: Don't. Webpages, conceptually, have infinite length, so setting a percentage is meaningless.)

However, you may notice there remains a margin surrounding the image. If you want it to get edge-to-edge, you'll need to directly modify the HTML code.

There is one more trick. With the described changes, you'll find that adding text under the image will result in that text being flush to the left border, due to the fact that we negated the margin. 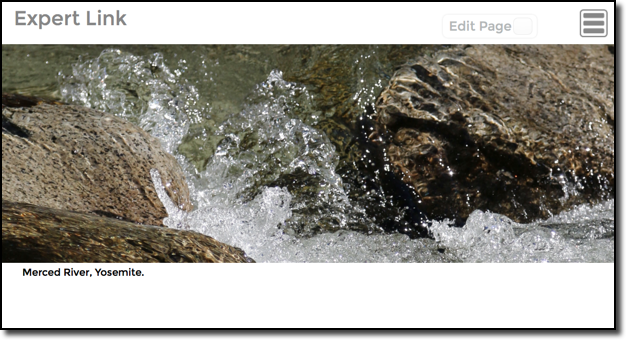 Was this information helpful?
Suggestions for improvement?

How Can We Help?

No problem, we'll reset your password and email you a link where you can easily create a new password.

Registration confirmation instructions have been sent to your email address from user support+entrepreneurship@trustedpeer.com

Didn't get the email?

Login instructions have been sent to your email address from user support+entrepreneurship@trustedpeer.com

Didn't get the email?